Please come with any questions you may have. As always please do not hesitate to give me a call at 604.644.1044 if I can answer any questions before the open house, or if you would like to book a private showing.  In the meantime you can take a virtual tour of this gorgeous family home in East Cambie.

12438 BRUNSWICK Place, unit #16, Steveston South
This is the perfect opportunity to check out this fabulous Townhouse for sale in beautiful Steveston South.

Please come with any questions you may have. As always please do not hesitate to give me a call at 604.644.1044 if I can answer any questions before the open house, or if you would like to book a private showing.  In the meantime you can take a virtual tour of this Steveston South Townhouse for sale.

A little paint can go a long way!

When it comes time to sell your house, one of the most cost effective things you can do is paint both the inside and outside. The effort and time it takes to do this can dramatically affect a seller's sale price.


A Little Paint Can Go A Long Way!

An Alternative to Wallpaper!

Posted on October 28, 2012 by Alisa Sakamoto
An Alternative To Wallpaper!
Stumbled across this on Etsy and thought it was a fantastic idea!  Instead of dealing with the hassle of wallpaper, you can now use a roller and get the same effect.  Brilliant!

Here is an image of the finished product!  I think this looks amazing.

If you are interested in purchasing one of these wall and paper applicators, this is where I came across it:  http://www.etsy.com/listing/109882073/wall-paper-applicator

Posted on October 21, 2012 by Alisa Sakamoto
Buy or Sell First?
If you are considering looking for a new house, and are a current home-owner, then chances are you’re wondering what your strategy should be:  do you wait to find the perfect new home before you put your current home on the market, or do you sell first and then look around?  You have a few options.  Use the following as a guide to explore what might be the best move for you.

There are several benefits to selling your current house before searching for your next home.  First of all, once you have sold your house, you will know precisely how much money you have to work with.  With a concrete price range, you’ll be able to narrow the pool of houses before you begin looking, and negotiate accordingly.  This will allow you to immediately make firm offers on houses that you are serious about purchasing.  You can be first in line with an unconditional offer you know you can afford, and this...

Posted on October 17, 2012 by Alisa Sakamoto
I came across this photo on pinterest and thought I'd share it with you!  What a fabulous idea - putting mirrors behind lamps adds light around a room.  I love pinterest and often find a lot of great DIY or decorating ideas for your home.
If you want, follow me: http://pinterest.com/AlisaSakamoto/

Posted on October 16, 2012 by Alisa Sakamoto
I came across this article and I thought it was very useful to share with you all especially because we are heading into the rainy fall weather.
Have a good read!
-Alisa


How often do you look at your roof? If you're like me, you run in and out of the house, shuttle the kids back and forth, and glance up at the roofline only occasionally as you back out of the driveway.

But inspecting your roof regularly and making little fixes as needed can prevent some costly repairs down the road -- and keep those raindrops from falling on your head. There's another benefit, too: Keeping your roof in good condition will also be a big plus if you decide to sell your home. 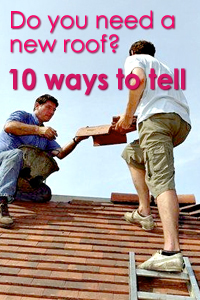 Take it from the top
So, what should you look for when inspecting your roof? The National Roofing Contractors Association (NRCA) recommends you do a roof inspection at least two times a year -- spring and fall. The best place to begin is inside your house -- grab a flashlight and make...

JUST SOLD October 12th!  #20 11391 7TH Ave, Richmond
Rarely available 4 bedroom end unit in Steveston's highly sought after 'Mariners Village'. Unbeatable location just steps to the dyke and Garry Point Park. Only a 5 minute walk into the Village shops and both levels of schools. This unit shows beautifully in and out and features new hardwood flooring, updated kitchen and baths and a cozy new gas fireplace! Large private patio gets plenty of sun and is perfect for entertaining. Small family room off kitchen and a bonus loft area on 3rd level!


View this recently sold Townhouse or see all my home sales

September Stats from the REBGV

The data relating to real estate on this website comes in part from the MLS® Reciprocity program of either the Real Estate Board of Greater Vancouver (REBGV), the Fraser Valley Real Estate Board (FVREB) or the Chilliwack and District Real Estate Board (CADREB). Real estate listings held by participating real estate firms are marked with the MLS® logo and detailed information about the listing includes the name of the listing agent. This representation is based in whole or part on data generated by either the REBGV, the FVREB or the CADREB which assumes no responsibility for its accuracy. The materials contained on this page may not be reproduced without the express written consent of either the REBGV, the FVREB or the CADREB.